Every Wednesday, during school term at the Thainstone Exchange, Inverurie.

During the Summer season (Easter until October Holidays) rehearsals times are;

During the Winter season (October Holidays until Easter) rehearsal times are; 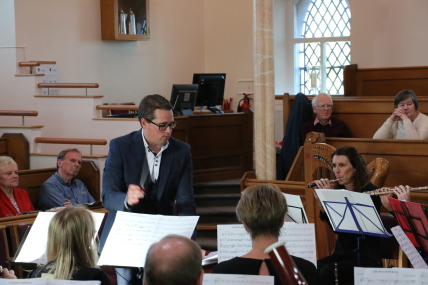 Hamish has worked as a Brass Instructor for Aberdeenshire Council Instrumental Music Service since 2008.  He teaches brass instruments to a wide range of pupils from both primary and secondary schools in the Aboyne, Alford, Banchory and Huntly catchment areas.

Working with Inverurie Concert Band is Hamish's first venture with community music and has helped develop and grow the band to what you see and hear today from the band's creation in 2014.